The Revolution Will Be Televised; Feminist Themes of Prince of Swine 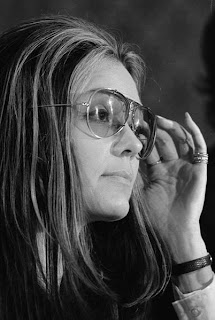 hat does Prince of Swine’s logo, “The Revolution Will Be Televised” mean?

MT (Mark Toma, writer/director of Prince of Swine): It means we’re living in revolutionary times, you’d have to be blind not to see that, we’re entering a time of global revolutionary political and social change. It means we can use the media to bring about this change, it’s the most powerful weapon on earth.
Q: And what does this have to do with your movie?
MT: Our movie contains the right spirit for it, the right attitude, as well as being prescient about the banking collapse. Prince of Swine was written well before the collapse, but the psychology that caused it, this sort of arrogant, lost, desperate and addicted male psychology (and the greedy women behind them!), is pretty well dissected in the movie, in both the hero and the villain. Plus we cast our lot with successful American revolutionaries of the past, namely, the feminists in this movie.
Q: You’re a feminist?
MT: I wouldn’t trust any guy who says he’s a feminist, he’s probably just trying to get in your pants.
Q: I don’t understand, are you mocking feminism or supporting it?
MT: Both I guess, I treasure what the feminists can and should be, I mock what they’ve become.
Q: Which is what?
MT: I don’t know, trying to have it both ways, to be both a feminist and these Sex and the City types at the same time, that whole Sex and the City 2 craze, anything Sex and the City. I guess Madonna clones and wannabees, and I don’t mean the actual person, she’s as contemptuous of her old image as I am, but once an artist creates these things they have a life of their own, I think she’d like to destroy her old image as much as I would in Prince of Swine –
Q: Why?
MT: Because it’s both powerful and poison, it puts a bad idea in women’s heads, and it says, “If you follow this bad idea, you’ll be rich and famous” and guess what? They do, her clones are breeding like flies.

Q: Like who?
MT: I don’t know, Paris, Lindsay, Brittney, that whole mindset – I’m not putting down Brittney and Lindsay, I think they’ve paid personally for getting sucked into that delusion, and they know it now, they were just kids then. But these Sex and the City types – what’s their excuse? They’re not kids. That’s just real cynical drug pushing, enabling golddigging in my view, tacity accepting and encouraging it, which is what feminism is supposed to condemn. And if the women go bad, the men soon follow. You got a nation of greedy women, you’ll have a nation of guys of the sort who caused the banking collapse, sure as night follows day, men will always be what women want -
Q: Drug pushing?

Q: But –
MT: I don’t want to talk about those Sex and the City women any more, they disgust me, they’re not worth my time, they get too much press as it is, thank God that's not most American women whatever the media sells, however badly we're selling American women short. Prince of Swine is revolutionary on a lot of fronts, I’m starting with women, because women are the most important, they’re the center of everything, and if you can get them on your side, you can rule the world, and if they’re lost, everything is lost –
Q: What –
MT: See the movie if you want to know what I mean by that, that’s exactly what the movie is about, we can’t say it any better than we said it in the movie, we need a work of art to express the full meaning. I worship women like in the movie, and they exist in real life too. Katheryn Bigelow, she just won the Oscar, and I worship that type, warrior women like that who can't be bought, who love real men, Jane Campion, one of my favorite directors, I worship her, why don’t both these women get more acclaim than the Sex and the City types? I mean, feminism has achieved a lot of its goals, if you want the Presidency too, well, any woman who really understands Prince of Swine, she’d win in a slam dunk –
Q: Hillary – 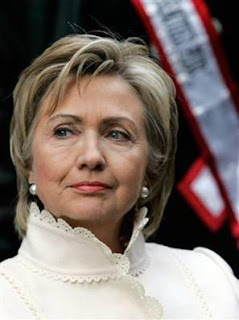 MT: Obviously didn’t understand my movie, but I don’t want to talk about her either. I was really disappointed when Steinem supported her. The revolutionary fronts on our time are not women’s rights, they involve everybody –

MT: Well, clearly you can see, we’re living in revolutionary times in economics? When the Chairman of the Fed, not exactly a communist, stands before Congress and says, "Everything we've believed about the world for the past 30 years and made all our assumptions on, just turned out to be crap," that might be your first indicator something's up. The global economy is undergoing seismic change, it’s transitioning to something else, and if it doesn’t do it successfully – kapoof, you know what happens to the world when huge populations become economically desperate –
Q: What?
MT: Hitler, Mao, Stalin –
Q: You think we’ll descend –
MT: I actually think Americans will find a way, I have huge faith in Americans when our backs are against the wall, I hope to play a big part in this, it’s my life’s ambition, but if we don’t, that could happen, fascism, widespread poverty, unemployment, and if America goes under, we’re still the leader, you know what happens to the entire global economy if the leader goes over the cliff?
Q: Global crash?

MT: Bigtime, global Depression, and the fascism and apocalypse that then result. But it’s darkest before the dawn, I think we’re transforming to what Keynes promised, but we have to make it happen, it doesn’t happen if we don’t make it, if we're not wise and worthy –
Q: What?

MT: I’d need a book to explain that, and I’ve written that book, but here, the general idea is in this few pages by Keynes (http://www.econ.yale.edu/smith/econ116a/keynes1.pdf), anyone can understand them, this goal is possible in our time –
Q: You’re an economist?
MT: My co-author is a world reknowned econonmist, and I’m a lawyer too, admittedly a loony lawyer, I didn’t study anything in law school you could make money at, only stuff that fascinated me, and law and economics fascinated me, how they’re two sides of a coin. I started writing Prince of Swine during law school. We call where we can get to, where Keynes promised, the Democracy of Aristocracy.
Q: Where can we get this book?
MT: It’ll be published as soon as I’m famous, that’s what the publishers told us. They don’t give a flying F what’s in the book, they sell fame, just like the movie studios, and they won’t even try to sell you unless you’re already famous, that’s the Catch 22 of all media.
Q: This is getting away from Prince of Swine –
MT: Yeah, we just stay with women in our movie, because women are the source of everything, the source of all revolutions, women give the thumbs up or thumbs down for success, and we fight to please women, at least the good ones. Women are the source of all power and all our power comes from women, so we’re just starting with women and the rest will follow, once we get women on board, then the men will follow, in a stampede –
Q: And where will the stampede go?
MT: That would require another book, but don’t worry, I’ve got a plan. It won’t be into two freakin’ wars at the same time, when we’re already broke, I can guarantee you that much. I’m really gonna put an end to that shit if I get a chance. That shit is really pissing me off and was completely unnecessary, that’s just real bad leadership, that shit has about pissed me off enough to do something about it.
Q: What?
MT: Well, we’re out of space. But the revolution is coming. And it will be televised. All I need is fame to pull it off, put the spark to it.