Ari Gold Joins the Fight Against Prop 8? Q & A with Prince of Swine Actor Stanton Schnepp 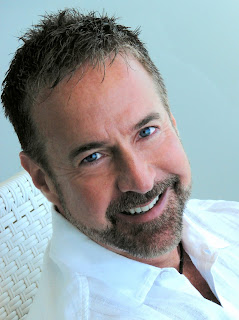 Q: You’ve taken flack from all sides for your depiction of Barry Goldman in Prince of Swine?

Stanton: Oh God, from the right and left. There’s the right wing that just recoils in fear for their lives at any depiction, even the light comic one we did in Prince of Swine, of any sort of physical gay contact, or even the modest skin we showed in this movie, you know, we’re up on charges before the council on family values or something –

Q: But from your own home base too? 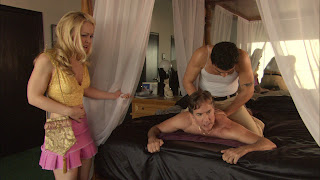 Stanton: Well, most with a sense of humor get the joke in Prince of Swine, but Mark got some flack initially, which I thought was hilarious! First of all, Mark didn’t even create the final character, that was entirely my spin. The character as originally written came off as Jewish--Barry Goldman. It’s the same way with the Farber character, who has a Jewish name, but in fact is played as a Simon Cowell taken to the dark side type Brit by a British actor. Mark wasn’t trying to make a point like that, he’d just lifted the names off an IMDB listing from the sort of show these characters do in real life. But all the actors who auditioned for Barry, immediately ran with that and were doing this strong Jewish used car salesman type schtick – which Mark didn’t want. So he came to me and pleaded, “Do something with this! Work your magic!”. I barely changed a word of dialogue, a few ad libs that’s it, the interpretation was entirely my decision as an actor -

Stanton: Well, I had a choice, do I offend the Jews or the Gays? I opted for the gays, ‘cause we’re so much more fun! And we get better press!! 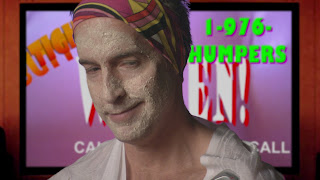 Stanton: Of course he’s offensive! Is Ari Gold offensive? He’s the biggest most pretentious double talking asshole in Hollywood that’s why he’s so fun! That’s like saying Ari Gold is a Jewish stereotype, which he is, but absolutely that does not lessen the fun of that character for me, and I know a lot of Jewish people (with a sense of humor!), it doesn’t lessen their enjoyment of that character – stereotypes become stereotypes because they’re so common in real life. What’s beyond the stereotype for me is how glibly and quickly Barry believes his own lies – at one point he’s even trying to convince judge and jury he’s straight. 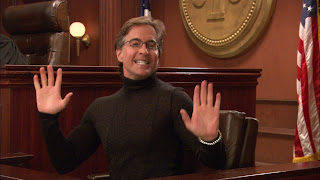 Q: OK, but there’s one gay character in the movie, and that character is a complete asshole –

Stanton: There are two gay characters, the other is fired for taking a moral stand against the major swine of the movie. And honestly, I’m glad that there’s at least two gay characters in the movie! That’s better than the national average. As far as being an asshole, half the people in the movie are assholes, there would be no movie without assholes, and P.S., I’ve heard a nasty rumor that life may be 50% assholes too. So the gay community gets left out of the fun again? I mean, get real, he’s an agent. Now my agent, personally, is an angel, but good God I ran across plenty that weren’t before I found him –

Q: It’s not the same, it’s a more delicate area, Jews are understandably sensitive, but they’re not being banned from marriage right now in this country -

Stanton: Really, I think if we’re gonna win this fight, the gay community has got to develop a thicker skin, more confidence, and just own it, just, excuse me, no pun intended, get a pair of bigger balls, get out there and balls out own it, in the mainstream media, not just the gay media, take it into enemy territory and make it known where they live, not just where we live. Something like Will and Grace, you know, I enjoy that, it’s light, it’s nice, it’s about as much as we can

do on broadcast TV right now, but those characters are too safe to really change things or stir things up. This is not Sex and the City 2. This is an R-rated, intentionally incendiary, provocative movie. I like Sex and the City fine, but the gay men depicted in Sex and the City are just so harmless, safe and docile. You’re not really comfortable with a person and at ease, if you only let them be a nice, non-threatening, likeable character. You’re not really friends with a person in that case, and this movie is a friend to the gay community, I know that, I worked with the writer/director very closely, and would never allow myself to become a pawn of a bigoted director like that. He bent over backwards, no pun intended, to get me into this movie. I mean, who would you rather play as an actor, some milk and cookies do-gooder or Ari Gold? It’s a form of soft bigotry that I don’t get offered Ari Gold. I live to play Ari Gold!

Q: But that attitude is exactly what’s provoking so much opposition, that we’re not content to stay in West Hollywood, we’re trying to enforce our values on Orange County –

Stanton: I don’t know what to say to that. That argument makes me so furious I can’t see straight. You’re telling me I can’t get married if I want to and I’m the one enforcing my values upon you? The family values people discouraging monogamy, making it seem like we’re not somehow morally worthy of it, during an AIDS crisis? Have I gone through the looking glass? What is not right with this picture? This is just the epitome of evil and hypocrisy in my opinion and we can’t let it go unchallenged.
That’s not just some harmless opinion of theirs off in their own dream world. That has now been

passed into the law of the land and is effecting the way I live, curtailing my freedoms. It’s nothing less than institutionalized bigotry, just like, “Don’t Ask, Don’t Tell”. Why the hell shouldn’t you ask and why shouldn’t I tell? There’s nothing wrong with me, there’s something wrong with you, in your mind, that’s your hatred and ignorance that’s going unexamined. That’s your issue, your hang-up and when we tolerate it and appease people like this, when we don’t confront bigotry and evil thinking like that at every turn, let alone when it’s passed into law, we ourselves enable and condone it. So my advice is, ya’ know, get out there, engage your friends and your enemies, you might find more friends and allies, in the least likely places, than you imagine. And you might bring some of your previous enemies around. But our friends can’t help us unless we lead ourselves. We have to lead this fight, and then people of good will will support us and follow.