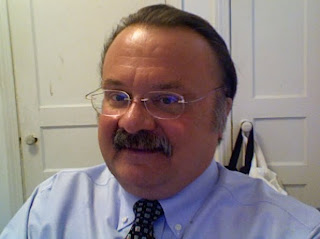 Q: Tell us a little bit about yourself, your background, highlights of your career so far, how you got into this crazy business, and how you became involved with Prince of Swine.

JN: Good God, I’m not in the movie business at all, I’m an economist. I co-wrote a book with Mark, the maker of the movie, about the potential for the modern economy, where we’d like to get to in our time and what’s possible. We’ve known each other for about 20 years and have had this running dialogue about law, art, science, and economics, ever since he was a student at the University of Chicago. A few years back our dialectic got to the point I thought we should publish.

Q: What happened with the book?
JN: We didn’t want to go the academic route. For the ideas in it to have any impact they must be understood on a wide popular mainstream level. Re publishing, it's just like the movie business from an economic standpoint: we’re in the middle of the dynamic described elsewhere – the media buys and sells fame, not so much content, just as the meta level of Wall Street, in my view, when you get to a dangerous level of investing, where it’s not really serving much social purpose and the risk is not worth the reward, is when Wall Street starts buying and selling greed, like they were doing with these derivatives, instead of substantive investments that serve a social or business purpose (the psychology is pretty well examined in the movie Prince of Swine, from what I can tell). The publishers are only interested in content secondarily, first and foremost they have to stay in business. The book will sell when either of us is famous enough that a publisher feels they can sell us, to answer your question. So I have a rooting interest in Prince of Swine's success, even though I wasn’t part of its production.
Q: Does the book in any way relate to the movie, Prince of Swine? 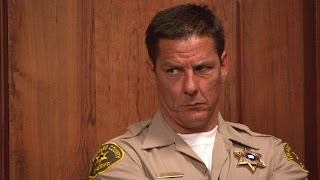 JN: Well I’ve only seen bits and pieces of Prince of Swine, but from what I can gather, and if I know Mark, it’s got the same cracked sense of humor and moral content – it’s sophisticated, intelligent, and probably hilarious, about law, business, money, power, and human nature from what I can tell, if it’s anything like the book – 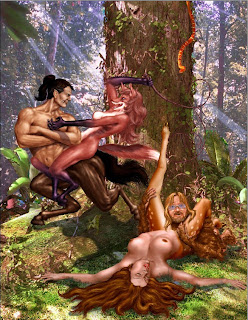 Q: What about women?
JN: No, afraid not, none of us knows anything about women. And we’ve been studying our whole lives. I'm going to leave that whole feminist or anti feminist or new feminist versus classical feminist argument to Mark, if he's fool enough to get into it.
Q: A book on economics with a cracked sense of humor and moral content?
JN: Economics is at least half art, and anyone who really understands it, especially on the highest, revolutionary, cutting edge level we’re talking about, knows there’s nothing loonier or more hilarious on earth, though it’s difficult to see that behind the façade of science. It’s a dismal science, imprecise, but extremely creative, constantly taking crazy turns because its based in h

uman behavior, human folly, and there’s nothing more important to understand in order to help people in my view –
Q: How do you do that in the world?
JN: I’m a post-conflict reconstruction economist, amongst other things, I’ve worked for the UN, the World Bank, USAID, the State Department – we go into devastated, war torn countries and try to rebuild them as quickly and soundly as possible, before people really begin to suffer. Some of the worst human suffering occurs not just during wars, but directly after them, when everyone is tired, the population is exhausted, the infrastructure devastated, and the world or global media turns its back. We try to stem that and turn the tide of suffering as much as we can. In the past few years I’ve been concentrated on Iraq and Afghanistan –
Q: Tell us about that? 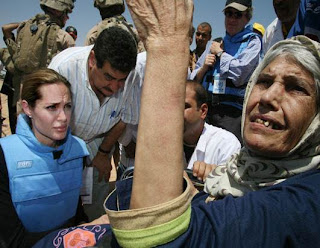 JN: Well, it’s hard. Thankfully it’s getting better. A few years ago I really thought all was lost in Iraq. Now, it’s still hard, they’re not out of the woods by any means, but the progress and pulling back from the abyss is nothing short of miraculous. Afghanistan, I don’t know – it’s worse now than Iraq, but nowhere near as bad as Iraq was at its worst, so don’t give up hope. But it’s very hard in both places.
Q: Is it a dangerous job?

JN: It’s not as dangerous as being a soldier, though sometimes I very much envy them being armed and trained in places like these! These are war zones. There is no front. There are places of greater and lesser danger, and sometimes I have to be in both sorts of places. An American does not want to go out in either place without an escort from the soldiers, put it that way.
Q: Well, good luck to you, and we pray for you, stay safe.
JN: Good luck with the movie, if it hits it will trigger a lot of good, in ways you can’t even see yet. It can be a spark we really need.