Pardon Me Miss, Has Anyone Seen Our Balls?

Pros and Cons of Neutering Your Man Dog

When moving in animal rescue circles one often hears the mantra, “Spaying and neutering is a social responsibility.”  There’s also the common refrain, “How we treat animals is a reflection of how we treat ourselves.”

Given this we thought it might be a good idea to examine exactly why we spay and neuter our animals in the hopes it might shed some light on how we treat ourselves in these troubled times.

Neutering Our Poor Puppies and the Implications for Mankind 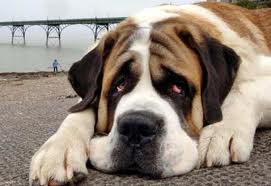 The primary reason we spay and neuter is to keep down the huge and ever growing unwanted pet population.  That’s an excellent reason to spay and neuter our own species, and the reasons we don’t do this (save for the tragic and brutal wave of unnecessary hysterectomies in this country which we’ll examine in Part II of this series) beg the question:  why not find a less painful, brutal and invasive method to treat our animals? Why not a doggie vasectomy or tubal ligation?   (Relax, we’re not espousing a doggie condom, diaphragm or pill, though we often wonder if some owners would go to this length after watching them brush their dogs’ teeth as well as trail them with the infamous scooper and plastic bag).

The answer to this is truly illuminating.  The veterinary establishment stands firmly against this, not for reasons of pet overpopulation or cost (vasectomies and tubal ligations are just as cheap, if not cheaper, than castration and hysterectomy), but for reasons of behavior modification, especially in males.   A dog vasectomy might solve the problem of overpopulation, but it leaves the male hormones dangerously in place.

Surprise!  Men and Women Have Different Views on Neutering

The first thing one notices in sampling the available literature is opinions on neutering differ sharply and predictably along gender lines.  Women are the primary caretakers of animals in this country (as well as being a large majority of those who volunteer at animal shelters), and also the most steadfast voices in favor of spaying and neutering.

And here’s the most striking fact for our own ulterior agenda (you knew we had one, of course, you didn’t really think we were writing this article out of a scientific interest in dog testicles, pity the poor bastards though we might?):  pet owners and veterinarians, but women especially, insist there are no adverse side effects to castration, or side effects whatsoever, despite all evidence to the contrary.  We could cite various studies for this, but you can informally confirm it yourself by googling “dog neutering male”

and counting the responses in favor of neutering.  Results will vary, but we think you’ll find something similar to: 80% of all responses period (on the first page of results) come from women.  Over 90% were in favor of neutering, but an even more striking fact, over 70% of women claimed there were no negative side effects to castration or the side effects were minimal and unimportant.

For the record, any serious veterinarian, and any scientific literature on the subject will confirm the following: castrating a male dog has the following side effects (aside from making him unable to sire puppies):  1) he will likely be unable to have sex, and is very likely to have very little interest in sex period, 2) he will fight less and be much less aggressive with other dogs, 3) he will be much less likely to roam or run away, 4) he will be much more likely to gain weight and lose muscle tone.

All of these were considered either great improvements or unimportant side effects by most women.  The attitude can best be summed by one chipper pet owner, “All of the best things about your dog will still be in place, he’ll be happier, he’ll still love you, and he’ll be a far less troublesome and livable pet! Most dogs don’t even notice they’ve been neutered!”. 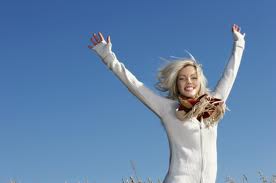 (Editor’s Note:  We confirmed this on a recent trip to the suburbs, they were all sitting around still wagging their tails as if nothing had happened, still fat, dumb and happy. The dogs, of course, we mean).


Next Up:  Why Have the Feminists Been So Quiet Lately and What Exactly Are They Up to Behind Our Backs?
(http://www.princeofswine.blogspot.com/2012/06/has-anyone-seen-our-balls-part-ii.html)