Vote for the Wimp, Not the Pimp


Does anyone have big enough balls left to run this country right?  Or are balls even necessary any more?  Are they obsolete?  Should we just throw up our hands, admit defeat and hand the place over to Hillary? 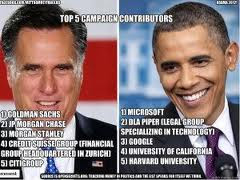 Exhibit A:  Mitt Romney.  Here’s five reasons we can’t vote for Mitt Romney:  Goldman Sachs, JP Morgan, Morgan Stanley, Credit Suisse and Citigroup, five of the largest banks and the top five contributors to Romney’s campaign. Would it be fair to say, in light of this, Mitt’s balls are no longer his own? It would be more accurate to call him a whore for the big banks, but that doesn’t rhyme with wimp, and we can’t see any way around Obama’s inherent wimpiness at this point. 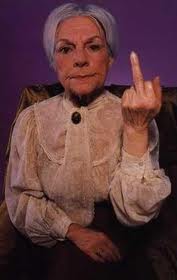 It does take balls, on the part of the banks anyway, to stand up in front of the country and insist what they’re doing is good for all of us or even most of us.  That whole “a free market will save us” and “get government out of business’s way” – they don’t even believe that any more.  The big banks are currently taking our money (from the Federal Reserve, at zero percent interest) and buying government bonds with most of it (i.e., charging us interest on it) without risking or investing a dime.  So the biggest champions of the free market (the banks) won’t touch the market with a ten foot pole under these conditions.  Betting on the government instead. 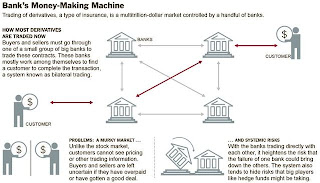 What are the banks doing with most of the rest of our money they’re charging us for?  Gambling with derivatives again (which has zero to do with growing the economy and is a huge risk to it), still completely unregulated in this regard, still government insured, we’re still on the hook if they lose, and they’re even bigger now than when they were too big to fail in 2008.  If one of the big ones bets wrong and we don’t bail them out again it could collapse the already fragile global economy.

If we vote for this crap again by voting for Romney, it’s not him that lacks balls, it’s us.  It’s akin to saying to someone who just robbed you, “Thank you sir, can I have another? Would you like to have sex with my wife too while you’re at it?  Because I don’t think you fucked me well enough the first time.”
﻿﻿﻿﻿﻿﻿﻿﻿﻿﻿ ﻿﻿﻿﻿﻿﻿ ﻿﻿﻿﻿
﻿﻿Which leaves us with: the wimp.  Why is Obama such a wimp?  Because he talks big and does nothing or next to nothing.  He keeps quoting Teddy Roosevelt for instance.  You know what Teddy Roosevelt did under these circumstances?  He brought anti-trust law down on Wall Street.  That’s exactly what Obama should do now.  It would solve too big to fail as well as breaking the lobbying power of the largest banks (divide and conquer).  It’s the political equivalent of bitchslapping them into submission so they shut the hell up and aren’t corporately unified enough to bribe Congress any more.  Wall Street squawked about it then, just as it does now.   Do you know what Roosevelt said of this?  “They hate me and I revel in their hatred.”  To translate that from Edwardian English:  Scream bitches and enjoy it, there’s plenty more where that came from.﻿﻿

For the record, anti-trust law doesn’t hurt business at all, just the opposite, it has the same economic effect as diversifying ones portfolio, i.e., it spreads and minimizes risk, as well as pruning our economic tree to make it fuller and larger. It’s just breaking up a gang of crooks who’ve grown too big for their own good and the good of the country, big enough to sink the global economy, big enough to buy both houses of Congress and the Presidency, and stack the deck in their favor.  Did breaking up the phone company a few decades ago hurt our economy or did telecommunications grow like mad after that, the now smaller companies renewing themselves, with new management, now competing with each other at everything from cellphones to the internet, so that we are now a world leader in telecommunications? 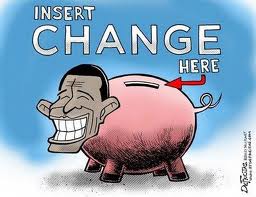 So our advice: hold your nose and vote for the wimp, praying that, with nothing to lose and his legacy to think of, he’ll wise up, stop bending over for Wall Street and grow a pair in his second term.  There is some cause for hope.  He hasn’t threatened anyone with anti-trust law yet, but we do have a new anti-bullying law. He’s warming up to go after the big banks by first standing up to fourth graders in other words.  And those little savages can get pretty mean, so, ya’ know, after them, the banks should be easy.

Next Up:  What the Rest of Us Can Do to Restore Our Balls in the Meantime