Prince of Swine’s Jerry Farber: A Man for Our Time? 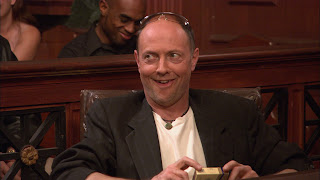 Q: Now Jerry Farber is a metaphor for our time, for the banking collapse and Wall Street scandals in your view? Corruption at high levels dragging the country down?
MT (writer/director): He’s the Hollywood version of that (partially based on Don Simpson) the same psychology that led to the collapse, an era going down in flames and good riddance, which is probably the best way to see Prince of Swine. Something old and corrupt dying, and something new and pure being born, a phoenix rising from the ashes. If you accept a canary in the coal mine theory of the arts, these things show up artistically before they do in the country, and that whole cult of high concept Simpson created, it’s the same culture and mindset as the rot on Wall Street.
Q: Explain. 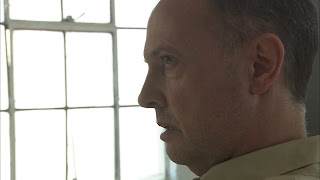 MT: Well, you get away from academia, and actually visit and work on Wall Street, so you know the players and the mindset, and beyond the eggheads who enable the crooks, there are guys who proudly say, “I’m about the money, money talks, losers walk.” In their world everything is for sale, and weirdly, they’ve got the same naïve mindset as the academics, even the worst sort of hustlers often don’t see themselves as hustlers or evil, they rationalize it. They could take a cancer patient’s last dime selling them bad health insurance and consider it a productive day like they’ve done good for the country. These guys are salesmen, they can’t afford to doubt themselves, doubt reads as weakness, there can be no self-reflection or science in their world. They come out of the womb selling, they know very little about the world except how to sell, and that they want to be rich. Their actual ideas about the world are laughable -
Q: What do they tell themselves? 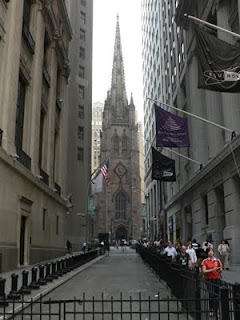 MT: Basically, any kind of business is good for the market, even if you’re completely ripping somebody off, lieing, and selling a product that’s pure crap, still, it’s economic activity, so it’s good for the market.
Q: And how is Jerry Farber a metaphor for this?
MT: He’s the Hollywood version, which I think is more accessible to people than Wall Street. You really can’t understand the madness and widespread fraudulence of Wall Street unless you understand math and economics. There’s been a few good documentaries on Wall Street, but it would be hard to capture it in feature film form, because it’s so complex and esoteric. I’d rather do it the way we did and put it in an arena people can understand. The psychology is the same and any monkey can understand Hollywood, it’s like watching Entertainment Tonight –
Q: You dumbed Prince of Swine down for a general audience?
MT: That’s cynical. I would say instead a general audience can enjoy and understand it, but if you want to look deeper, that level is there too.
Q: Jerry Farber is partially based on Don Simpson?

MT: Yeah, that part is the same as Wall Street, this sort of dim, tasteless, aggression, “Money talks, losers walk” that’s something Don Simpson would say, that’s almost something out of one of his business talks, “We don’t make art, we make money.” They don’t know anything else about life except they want to succeed, at any cost. At the same time, he had this childish, deluded view of himself as a good guy and an artist, Simpson actually thought he was making good movies, and was something other than a drug addled pimp who cheapened the taste and lives of everyone he touched, including his audience -
Q: That’s a bit harsh.
MT: No, that’s the literal truth actually, go talk to the hookers he turned out and abused if you doubt it. I don’t understand why people defend and make excuses for him, it’s as if we’re afraid to have good taste or ethics nowadays, it’s too painful given the climate. Defending Simpson is like defending Bernie Madoff.

Q: Well, Americans have been repeatedly traumatized in the taste department -
MT: Yeah, I mean, when you can cheapen the taste and lower the values of a

MT: Well, not being fifteen, no, I don’t think it makes very good movies. I don’t even think fifteen year olds think they’re good movies, it’s just they’re more prone to having their buttons pushed while someone picks their pocket at that age.
Q: Well they obviously sold.
MT: So what? So did mortgage securities. I’m so tired of that mindset, especially from people who want to be taken seriously as artists, or seriously as Americans for that matter. It’s basically saying, “Well, why not pimp the kids? There’s good money in it.” Yes, surprise, surprise, you can sell crap to suckers, thus cheapening both them and you. Guess what, you can also make something great, make it a hit, and do something that actually deepens and uplifts people – 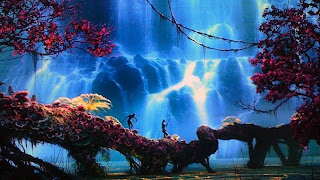 Q: Name one movie –
MT: I didn’t like the cheap shot Cameron took at the troops, but Avatar is brilliant otherwise, stunningly imaginative. American Beauty made an s-load of money, the Sopranos was wildly successful, so is Mad Men, it can be done, maybe it takes more time, more work, its

harder –
Q: Now Jerry Farber and women –
MT: If you believe, deep in your soul, that everything is for sale, and you base this belief on yourself, because you’re for sale, and aren’t about anything but money and power, how can you see women as anything but whores, and thus hate them? Of course when you believe that you attract that sort of woman to you. I believe that’s true of Don Simpson, it explains his behavior with women perfectly. I know it’s true of Jerry Farber. It’s a pretty ugly, damned and doomed place to live. I hope the country is coming out of that mindset now, and we’re ready for something new and better.
Q: Keep hope alive?
MT: There’s hope and beauty in our lead actress’ face, in that character, once you get past the scowl, the pain and the anguish, I’m stunned by what’s underneath, it’s redemption and rebirth, those are the most beautiful images of the movie, and the most beautiful things in the world to me, seeing that in a woman’s face. That can be a symbol for our time too. People will fight for that, for redemption and rebirth, as much as they can be swayed, ruined and sold out by a cheap pimp. Once you see the real thing in fact and know what it is, your standards go up and you’re pimp proof. She’s triumphant in the end and Jerry Farber is brought down, seen for what he is at least. Evil never goes away but once you can see it, then there’s hope, you can be something else. We can take another way in our time.