Q & A with Prince of Swine's Wild Child Carly Cylinder 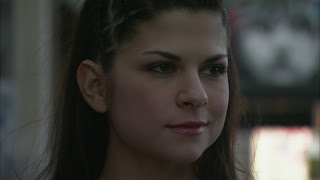 Q: What was your role in Prince of Swine?

Q: Did you um, well, putting it delicately, research the role?
CC: Honestly, I didn't have to look far, you can find Robin in any club on any street in Hollywood.
Q: Explain.

CC: Well, she's her own character, distinctive, unique, has her own voice, mannerisms. At the same time, I don't think she's that far removed from an average teenager in Hollywood. Which is kind of scary. We play it comically in Prince of Swine, but that’s comedy, you better laugh because otherwise you’d be crying.
Q: How is she different than your average American teenager? 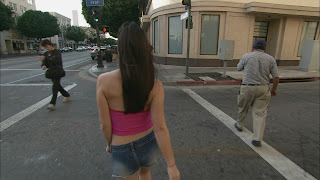 CC: She's just more wild than most, a wild child, a little savage, not particularly cruel or anything, it's just she's not civilized, nobody's broken her, or even tamed her, she's going through life like a wild animal. Now that's almost true of most teenagers, at least in Hollywood, except most teenagers, hopefully, still have parents or a school or a job, or hopefully at least one person who loves them, trying to protect them, keep them in line. With Robin there's nothing, she's living off her looks, off her body, living off the streets. She actually has the same dreams though as every other teenager in Hollywood.
Q: Wants to be a star?
CC: Exactly.
Q: You don't see her as a victim?

CC: You can't judge her through civilized eyes. She's a wild animal. Sex to a wild animal, even if it's what a civilized person would consider rough, it's not something that traumatizes her because she doesn't have any illusions to begin with, and she’s already been so hardened and savage at a young age.
Q: Rape has no meaning to her? 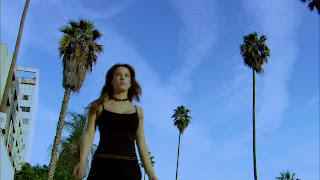 CC: She could be overpowered by someone. She hasn't been yet, she's tougher than almost anyone she meets, not physically stronger, but mentally tougher and fiercer, takes control of any encounter, shows no fear or weakness that would attract a predator or a bully. She controls powerful men two and three times her age, two and three times her strength. She's probably been smacked, but nobody's really beaten the crap out of her or raped her. That would change her, something like that probably would really humble her, but it would have to be something severe like that to get through her thick skin.
Q: Do you like her?
CC: There's some things I like about her, sure. She's tough, she's fearless, she's ambitious. I wouldn't want my daughter to grow up to be Robin.
Q: Because -

CC: Because she's an animal, she's not really close to anyone. She has likes and dislikes but no 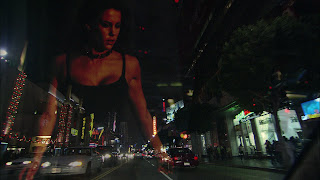 loves, no one that cares about her or that she really cares about. She could come to a bad, violent end any day. She’s much more prone to disease and/or violence than a man doing the same thing. Those are just the stats, that’s just the way women are shaped, we’re sort of basins or repositories for the pain, sickness and violence of the world, that’s just the price of having a womb.
And if she ever does fall in love with someone, she'll probably have to hide her past life or just have a lot of explaining to do. If she were to become sensitive like that or care about someone, her current life would come to horrify her. There's a part of her that gets hardened and maybe even lost before she ever knew it existed. She's not really in any pain but that part of her can't live doing what she's doing now. If she were ever to awaken it, then she would feel pain, so she might never awaken it her whole life, because to do so would be too painful after the life she’s lived. That would be tragic, in my opinion, but Robin would be completely unaware of the tragedy, that part of her it would horrify is numb, hard as steel by the time she’s sixteen.