Q: There was an attempt to ban Prince of Swine from the Indie Fest, to revoke its award? I’m quoting from the director of the festival here, Thomas Baker, in an official release, who received complaints that Prince of Swine represents an “affront to feminism”?

Mark Toma (writer/director): Yep, the thought police are out in full force.
Q: What happened?

MT: I guess some of these shrews, and I’m using that term in a non-sexist manner, they could be either men or women who made the attack (in my experience it’s just as likely to be some henpecked guy who thinks he’s impressing women by “standing up” to us. Of course, they made the attack in

private, not to our faces, so

there’s no way to know). If the use of the word “shrew” offends some people, I can replace it with “nutless bitches”, but again, I’m using that phrase in a non-sexist manner to refer to both men and women. Whenever I use the phrase “nutless bitch” or even the more graphic . . . I will bend to public pressure and all children in the audience and say C-word here, but 90% of the time I use either of those words I’m referring to men. That’s the sad state of American masculinity.

Q: So you were banned?

MT: Not yet, and thankfully, I’ve talked to Thomas Baker, the head of the Indie Fest, and God bless them, they didn’t cave, even under pressure. But this is not the first time we’ve been attacked, we were banned out to the outer edges of an R rating, a Hard R, that means we can't play the trailer even in front of most R-rated movies, when there’s not a shred of violence in Prince of Swine, all of the sex that’s portrayed, whether its meant to be beautiful or an expression of rage, all of its consensual. It's just a part of life, the very opposite of pornographic, that's exactly the dictionary definition of pornographic, "sex taken apart from life". Prince of Swine is just the opposite, it's sex welling up as a part of life, messy, dangerous and beautiful. In the real meaning of pornographic, Sex and the City 2 is pornographic, because it's a complete fantasy, separate from life, however

limp and lame the actual sex is in it, but Prince of Swine is the farthest thing away from porn. It's too real for some people, the strenuously passionate sex and strong emotions of love and hate that come along with that are too intense, that's why they can't handle it, they prefer their sex to be repressed and delusional, like these Anti-gay marriage rednecks or their femnazi counterparts on the left, or in the case of Sex and the City, if sex is not greed-based, if it's not shallow sex with a vacuous millionaire you're only screwing for the money, then it's dirty and brutal, and something that belongs in the gutter. 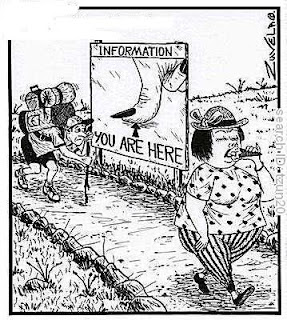 Q: What did the festival say?

MT: I’m quoting from the letter Tom Baker released after the complaints, “At the Indie Fest we think filmmakers have the right to create films that challenge assumptions, whether politically correct or not. Prince of Swine won our Award of Merit based on high quality storytelling and superior filmmaking craft.”
Q: Is Prince of Swine an “affront to feminism”?
MT: I’m starting to wonder if I might want it to be, I mean if this is what feminism has become, this sad parody of what it’s supposed to be, who needs it? Who wants to be friends with these people if this is where they’re coming from? It’s a work of art, so even my opinion is not definitive, but I considered it as glorifying a certain sort of woman, whom I see as a feminist. My lead actress considers herself a feminist. My publicist considers herself a feminist. These are very strong-willed, independent

women, they never listen to me on anything else, so I doubt they’d support the movie if it were anti-feminist or misogynistic. Beyond that, Thomas Baker, at the Indie Fest, is an old civil rights hand, very active in that movement, so I very much doubt he’s going to support a sexist movie.
Q: But some people see Prince of Swine as an anti-feminist movie?
MT: So what? Even if it is anti-feminist, that’s not grounds for banning it. First of all it isn’t, and second of all, feminism isn’t the law of the land, and in fact, episodes like this are exactly why it’s held in such contempt nowadays, has become so irrelevant. The people who want to ban it for being anti-feminist are raving fascist idiots -
Q: I didn’t mean your enemies, I meant your friends who consider it anti-feminist?
MT: That’s different, I see their point and understand them, though that’s not my view. It’s usually large brained conservatives who see it that way, I don’t mean these right wing monkeys out trying to ban gay marriage, whom I doubt can even spell Prince of Swine, or the chimps who got us into Iraq and totally botched it, or the banking whores against any kind of regulation or reform, even if its good for the market. I mean thinking, articulate conservatives, they see Prince of Swine as being highly critical of feminism, as feminism having started off as a good, revolutionary movement, now gone off the tracks, led people astray, and now a lot of hypocrisy has crept in, a lot of bad thinking. I actually agree with that view and there’s a lot of evidence for it. Exhibit A in support of it: these fascist chimps trying to ban us.